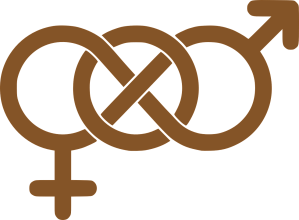 Who said there are no good news stories any more?

Whoever it was, he/she might have to revise his/her opinion.

As you surely guessed from that last deliberately clunky sentence, I’m referring to the frankly splendid news that Sweden has added the gender-neutral personal pronoun “hen” to its dictionary.

The Guardian reports that “the pronoun is used to refer to a person without revealing their gender – either because it is unknown, because the person is transgender, or the speaker or writer deems the gender to be superfluous information”.

Far from being “political correctness gone mad”, this is grammatical correctness gone sane. For writers, the lack of such a pronoun in English is a right pain in the non-gender-specific arse. When we want to refer to an unspecified individual, all our options are unsatisfactory. We can attribute a gender to the person; we can find a longwinded way of making clear the gender neutrality (as in the “he/she” example above, or the even more irritating “(s)he”’); or we can opt for the gender-neutral but grammatically incorrect “they”.

In spoken English, almost all of us choose the third option, largely because “he/she” sounds even dafter than it looks. Many of us do so in writing as well; but while I don’t think I’m the most ardent grammar pedant around, I can’t quite bring myself to write something I know to be wrong. I make more than enough grammatical errors by accident without throwing in deliberate ones as well.

Some writers choose to alternate between male and female for their hypothetical examples. Daniel Kahneman does this to good effect in his 2011 masterpiece, Thinking Fast and Slow. But this only really works in longer pieces of writing, where the reader has time to get used to the convention. Use an arbitrary “he” or “she” in isolation, and the reader is unnecessarily distracted by the question of why the author has chosen that particular gender for that particular example.

In many languages, the issue doesn’t arise. In French, every noun in the language is gendered; but the personal pronoun is the same for everyone. For instance, “sa plume” can mean “his pen” or “her pen”; although the pen itself remains resolutely female. Additionally, French-speakers have the option of using the impersonal “on” in their hypotheses, whereas the English equivalent – “one” – has the unfortunate effect of making one sound as if one is talking out of one’s pompous posterior.

So we end up simply muddling through, finding all sorts of elaborate ways to remain readable without being wrong. We make our examples plural so we can use the gender-neutral “they”/”their” without fear of correction, or we reconstruct entire sentences so that the personal pronoun doesn’t feature. Basically, we go to disproportionate lengths to replace one short word that our language has evolved not to have.

As many have noted – including Gary Nunn in this Guardian piece, which itself draws on Denis Baron’s geekily glorious The Web of Language blog – this issue has been rumbling on for 150 years and more, championed by people far more eminent and zealous than me. New pronouns such as ze, ip and thon have been proposed, discussed and roundly ignored.

But I can’t quite bring myself to accept Baron’s conclusion that “after more than 100 attempts to coin a gender-neutral pronoun over the course of more than 150 years, thon and its competitors will remain what they always have been, the words that failed.” After all, if a century of failure were considered reason enough to abandon a cause, Brighton and Hove Albion fans like me wouldn’t exist.

So I’m proposing a modern solution to an age-old problem: online petitions. After all, if the campaign for the BBC to reinstate Jeremy Clarkson after his unfortunate producer-thumping misdemeanour can attract over a million signatures, just imagine how many people would support a petition to transform our language forever?

Oh, hang on. I’ve just checked, and it turns out there already is a petition to add gender-neutral pronouns to dictionaries. At the time of writing, 93 people have signed it.

Ah well – back to the drawing board…